What is your favourite New Forest movie? Did you know that a huge variety of films have been set in the New Forest. Big blockbusters like Star Wars and Mission Impossible, TV shows such as Top Gear and ITV Drama Unforgotten, and fantastic short films like Quercus and Limit of the Land have all utilised the scenery of this district. All these films have brought a significant amount of economic benefit to the New Forest district.

Vote: What is your favourite New Forest movie

Tell us your favourite movie (taken from our top 5 filming projects by local spend) that has been filmed in the New Forest and we'll make sure it is screen during our Film Festival next year! #FilmedinNewForest

Film:New Forest is a New Forest District Council Economic Development initiative which was set up in 2016.

Lastly, having the New Forest on the silver or TV screen brings attention to the district and subsequently attracts visitors with set-jetting or location vacations having increased in popularity hugely over the last few years.

In recent times a huge variety of films have been set in the New Forest. The top 5 films by local spend are detailed below in the infographic. 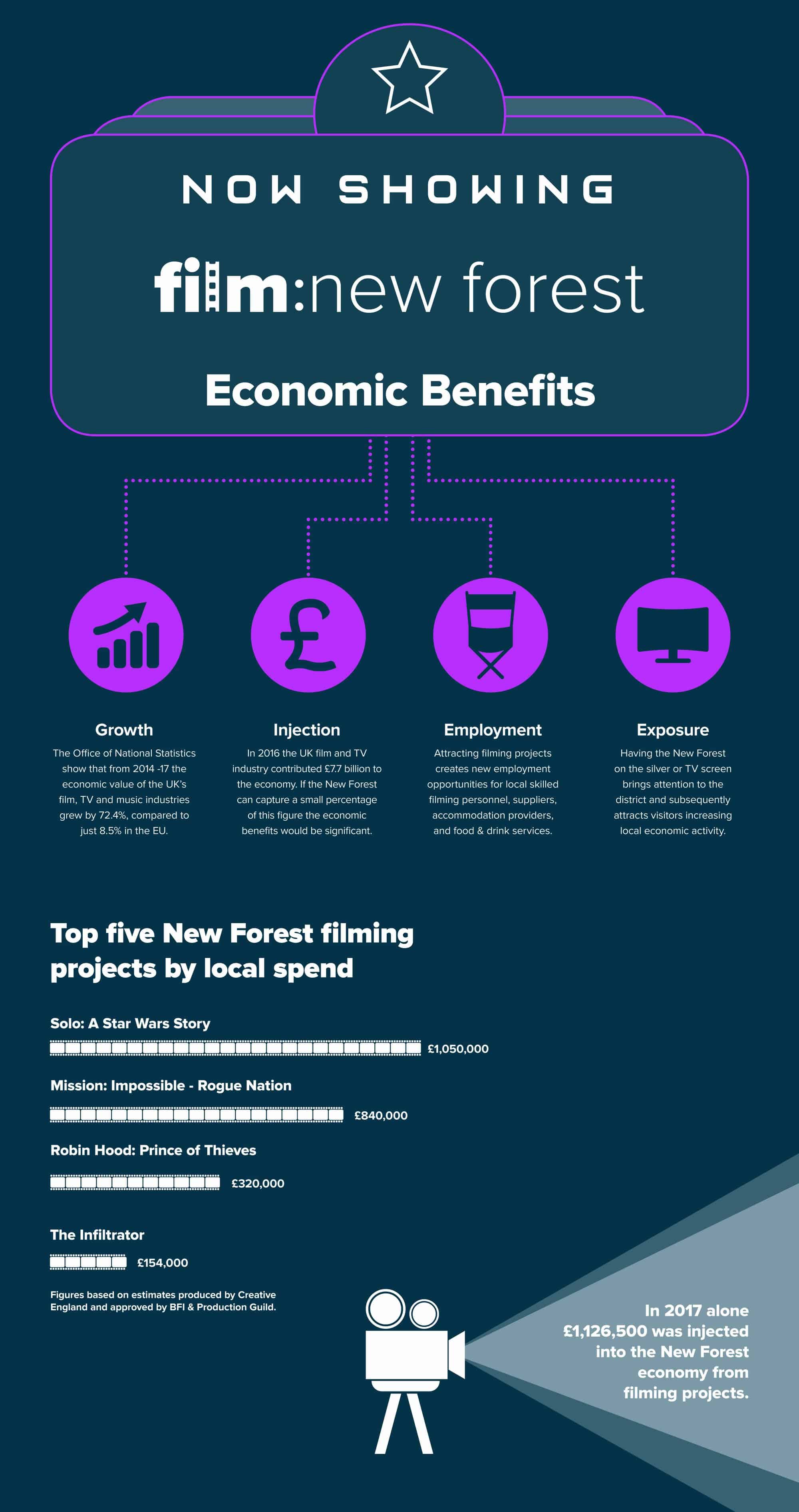