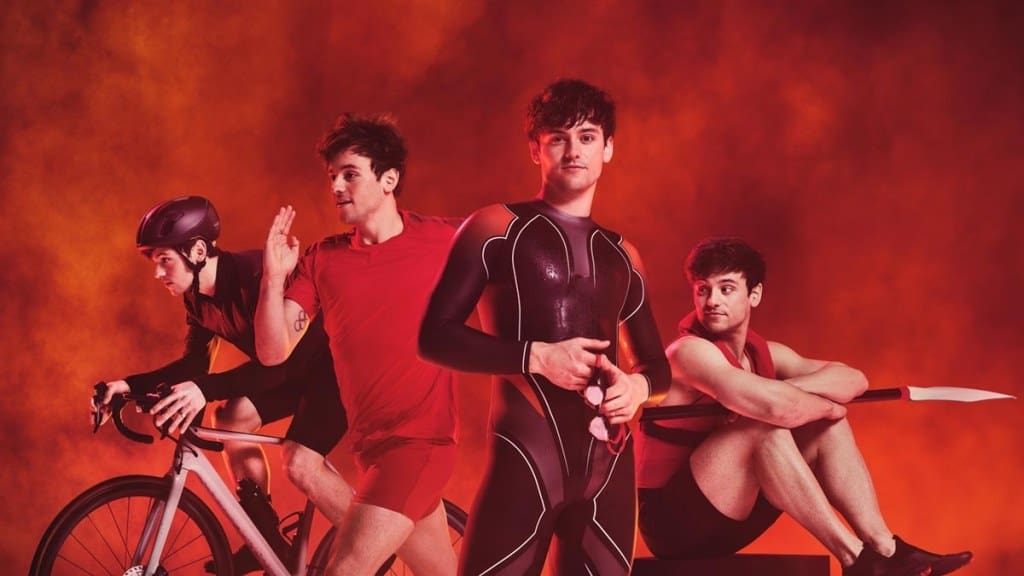 Diving champion Tom Daley is taking on a Hell of a Homecoming challenge for Red Nose Day, which will see him take on a gruelling four-day journey from London to Plymouth by foot, water, boat and bike, all to raise life changing cash.

On Wednesday 16 February Tom will cycle from The Quays in Southampton, through the New Forest to Bovey Castle in Dartmoor National Park where he married his husband in 2017.

The challenge started on Monday 14 February which saw Tom start his journey at the Aquatics centre in the Queen Elizabeth Olympic Park, where he won his first Olympic medal in 2012.

He then picked up a bike at the Tower of London and continued his journey to the Redgrave Pinsent Rowing Lake, Team GB Rowing’s training ground.

Day 2 saw Tom taking an icy dip in the Redgrave Pinsent Rowing Lake, swimming the length of 50 swimming pools. And then starting a 63-mile cycle to Southampton, where he started his diving career back in 2003.

Day three will see Tom’s final cycle from Southampton starting at 5.30am, travelling through to Totton, Cadnam and Fordinbridge ending his 130-mile journey at Bovey Castle.

On day four, Tom’s final leg sees him on foot running 30 miles from Bovey Castle to his hometown, Plymouth.

Tom said: “When I first heard about this challenge, I honestly thought it was going to be impossible as I’ve never done anything like this before. Although I’ve trained for the Olympics, I’ve never done any kind of endurance training, let alone swimming in freezing water and let me tell you, it’s cold.

“I said yes to the opportunity as it’s one hell of a challenge and most importantly, it will be raising money for Comic Relief and for people who really need it. I really hope my journey inspires people to donate.

“The thought that this challenge might actually make a difference to someone’s life, someone who is struggling, is what will help me push through every step.

Tom said: “I’d love for people to get out on the streets and come and say hello while we’re doing this challenge - I’m going to need all the support that I can get. Most importantly, even if you can’t come outside and say hello, it would mean so much to so many people if you could donate what you can to Red Nose Day.”

The money raised by Tom Daley will help support vital life changing work, tackling issues including homelessness, domestic abuse, poverty and mental health problems in the UK and around the world.

To find out more and support Tom, go to comicrelief.com/tomschallenge