The film and television conference, delivered by Creative England in partnership with the British Film Institute, was attended by local authority film offices from across the country to hear how other areas are succeeding in attracting filming projects.

Creative England’s Head of Production Services, Hayley Armstrong, chose Film:New Forest to attend as an example of being a proactive local authority who make the most of the film and TV industry to boost the local economy, “The New Forest’s work to facilitate filming in their beautiful part of the world has gone from strength to strength.  They work with filmmakers to make the process simple, and have really understood the huge opportunities”.

Matt Callaghan, New Forest District Council’s Economic Development Manager, said, “Our work to increase filming activity here is all to the benefit of our local economy, and to have our project used as a case study at Creative England’s event will illustrate what can be achieved with a small dedicated team and by developing good working relationships with other people involved in the creative industries”. 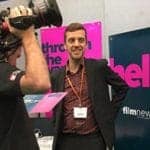 The summit highlighted at a national level the outstanding offer which the New Forest presents to would-be locations managers. The wide variety of filming locations, the highly skilled local crew and exceptional local facilities were all cited as making the New Forest a perfect filming backdrop.

New Forest District Council is in the fourth year of the partnership with Creative England which has so far seen £2m+ of economic benefit from filming carried out on the area.  Filming projects have included Solo: A Star Wars Story, Unforgotten, Cheat, as well as numerous documentaries.