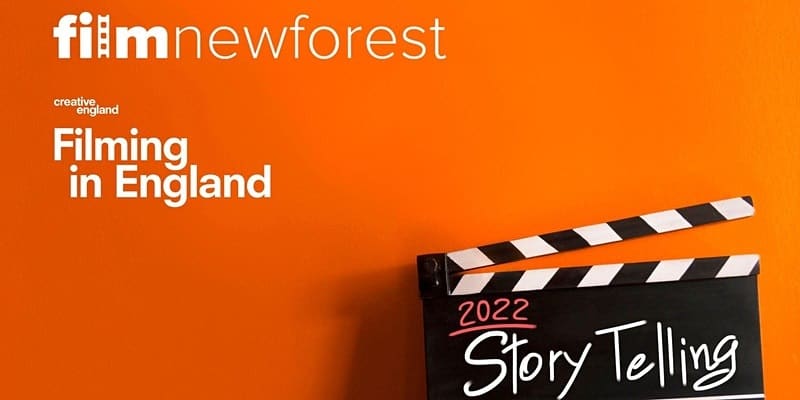 Join us for our first in-person crew event… in 2 years! Creative Storytelling: a workshop devoted to helping develop creative minds.

Taking place at 3.30pm on Tuesday 8 March at Brockenhurst Village Hall and delivered by us (Film:New Forest) in partnership with Filming in England, the afternoon will begin with a 2-hour workshop delivered by Alison Norrington.

Allison will be addressing the do's and don’t's of developing your creative idea, with the ultimate goal of pitching it to the entertainment industry. Along the way, Alison will offer personal tips and will reveal how she has perfected the pitching process.

Following the session there will be opportunity to informally network, as we aim to bring together local crew and filmmakers. If you're a student who would like to make more contacts with the local industry and meet like-minded creatives, this is the event for you!

Not only that, but Filming in England will also be offering practical CV advice and guidance provided by our Crew & Facilities Manager, Sam Rifkin.

Whether you're just starting out in the industry, a student, recent graduate OR looking to hone your recipe for pitching success, then we are looking forward to meeting you.

About the speaker Alison Norrington

Alison is also founder of Supersize Your Story, an acclaimed online program that enables writers, producers and creative minds to develop their concept and nurture it to its full potential with an ultimate goal to pitch to the entertainment industry.

Alison is Conference Chair for StoryWorld Conference & Expo and is a 2x TEDx speaker. She is featured on the BAFTA Guru series, is a member of the International Academy of Television Arts & Sciences, The Writers Guild of Great Britain and Women in Film & TV.

Alison is an advocate for entrepreneurship and an inspirational and motivational speaker with her heart firmly in story and her feet firmly on the ground.

All of our events and experiences have been created at reduced capacity for COVID safety. Please be aware we are still encouraging the wearing of face masks when entering our community space. Please do not visit our spaces if you are displaying symptoms of COVID-19 or if you have a positive lateral flow or PCR test. For more information please visit Brockenhurst Village Hall’s website or current UK guidelines.

Click here to book your free place on Tuesday 8 March to the Creative Storytelling: A Perfect Pitch Workshop