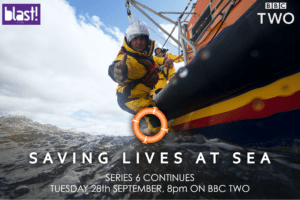 Saving Lives At Sea produced by Blast! aired on BBC2 on Tuesday 28 September 2021 featuring Calshot RNLI. In the episode we meet Kelley, who volunteered for the crew 18 months ago, despite not having any boating experience. Now she’s a valued part of the team and plays a key role in a desperate search for two jetskiers - a father and son - who have capsized near Hythe Marina. Watch again … END_OF_DOCUMENT_TOKEN_TO_BE_REPLACED

Feel Good Film Festival is running at The Regal Cinema, Fordingbridge between 8 - 17 October 2021. The festival includes a wide variety of films, classics, a silent film with live piano accompaniment, new releases, world cinema and some family favourites. They have a Young Adult ticket offer; £5 for those aged 16 – 30yrs running across all normal screenings throughout the festival (the screening … END_OF_DOCUMENT_TOKEN_TO_BE_REPLACED