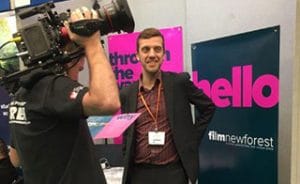 Film: New Forest, New Forest District Council's (NFDC) partnership with Creative England to encourage filming to the area, is celebrating a successful first year. The New Forest has played host to a variety of filming in the past 12 months, including a major tv drama; Channel 4's "Spies"; numerous commercials; a documentary about the area through the different seasons due to be shown later … END_OF_DOCUMENT_TOKEN_TO_BE_REPLACED